To refresh, we saw this house in Zillow on just a few days ago. We called our realtor that night and asked him to swing by an take a look. We waited anxiously for his report, though there was going to be only one thing he could tell us that would prevent this from happening now: that the house was not salvageable. I know the picture don’t look “that” bad, but we know it just might be.

Eric called the next day and gave us this report:

“Well, it’s really interesting. It could be really cute, but it’s a big project. You could put a marble down in the floor and there’s no telling where it would stop.”

Sounds good enough to us, so we put in an offer of $34k. And then we waited around, anxiously. To kill time we continued scheming, but in the “hypothetical” so as to not jinx this, because we were getting a little attached to the idea by now. Time crept by but by noon on Sunday offer was accepted and we were under contract.

We pinged my folks to let them know what we’d had done. At first they were questioning our sanity, saying something adultish like “wait, so you haven’t seen this in person? Is that smart?” Of course it’s not, but let’s have some fun, shall we?

Dad, ever the researching historian got into his zone the next day and emails with data start flowing. What he digs up only makes us want this place more. Turn out, this house was build in 1886, not 1933 like we thought.

“Holy crap, we could own an 1800’s farmhouse! I’m so getting a bitchin’ old sink.” is Kate’s exact response to this discovery.

Later in the day I book and inspector and tell him of our plans. I give him our need-to-know list: “so long as it’s not a tear down, we’re good. We are up for a down-to-the-studs project. We just need to know what would prevent that from being possible.”

We hear from the inspector a few days later:

“Well, it’s really interesting. It could be really cute, but it’s a big project. I have never seen anything quite like it.”

He then validates what Dad has dug up: it’s a late 1800s house. It’s got green timber beams sitting on bricks, blocks, and tree stumps. Which is to say, it’s going to need a foundation and lots of leveling. Oh, and pretty much everything else. But otherwise, it’s just another normal project house.

Taking this info – and really just the opportunity – we counter offer and settle at $32k. Truth be told, I was all in at the current price. We valued the land itself at $22k. So for 10-12k we’d be getting a ton of barn wood and an old house. Either way, we were happy with the math.

Now it was official. We were going to buy this house. And better yet, we’d be in Michigan in 4 days and get to see it for the first time. 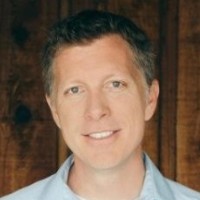 Kyle Burnett
Kyle comes from a long line of do-it-yourselfers. He's all about figuring it out as you go, a practice that is on full display daily in his jobs as a CTO of a software company and adjunct professor at Grand Canyon University.
© Copyright The Kyatt